Another season has come to an end at World Mastercard Fashion Week in Toronto, and for the most part I missed a chunk of it due to be sick! Whomp! But I’ve rounded up some of my favourite collections (each with their reasons) this time and two of them are young labels that technically didn’t get their own show. I’m always one for emerging designers and for the most part wish that some of them would show more or have people back them up (both financially and creatively) in comparison to other “brands;” I’m looking at you Joe Fresh and Target.

Rudsak – Montreal-based Rudsak have received my approval because of their work with leathers and outerwear. Being Canadian, there’s nothing better than a coat/parka that actually keeps you warm and cute. This season cropped shorts, metallic accents and obviously leathers were seen on models for the bad-ass looking Summer!

Caitlin Power – A Calgary native who has set up shop in Toronto has been one of my ones to watch for a while and this season, Power showed in the main runway room at a prime-time slot! Inspired by a recent trip to the French Caribbean, Power used the regions traditional motifs to highten her impact & print aspect while still maintaining that signature structured aesthetic.

Hip and Bone – Give it up for the LATINOS, HAAAAY. Carlos Fogelmen  is the brains behind this menswear contemporary label and as I mentioned, 2 of the designers I’m featuring were ones that didn’t headline with their collections; himself being one.

The Mercedes-Benz Start Up is an ongoing initiative that provides a national platform to discover and support Canadian fashion designers who have been in business less than 5 years. Hip and Bone being one of the contestants that the Start Up program has helped.

Hip and Bone was by far my favourite collection this season and it’s so refreshing to see talent from a fairly young (they’ve been around 2 years) brand! Streetwear influences were predominant but with edge, what kind of edge you ask? Leathers ladies and gents and specifically those UNBELIEVABLE crocodile duffles! I will definitely be watching these guys!

Pedram Karimi – Another contestant of the Mercedes-Benz Start Up is Pedram Karimi whose exaggerated proportions, whimsical air and androgynous aesthetic had me after the first look. Growing up and living in different parts of the world from Iran to Austria and London to Montreal, Karimi’s experience with different cultures have clearly played a factor to his creativity and design mind. Hope he’s around for a while!

Sid Neigum – It wouldn’t be fashion week without Sid Neigum. I first saw Sid Neigum’s collection when The Collections ( the group that puts together shows for some of Canada’s top young talent) put together his first show. And I was in love. In love with Neigum’s creative mind and unorthodox thinking when it came to Canadian design standards. He’s been quoted of saying he wants “to create something fresh, modern and innovative with a morbid twist.” I’m completely ok with that. But honestly, just watch the show and let that speak for itself. 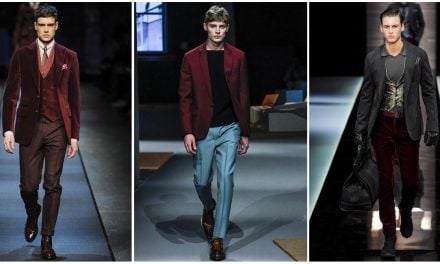