Spa Week by WaySpa has set their sights on Canada and Toronto gets to enjoy the amazing perks this week! The North American phenomenon will be launching in Toronto from April 15- 21, 2013, allowing Torontonians to enjoy luxury spa packages from various spas across the GTA for just $50. Yup, you read that right – only $50! Last week I stopped by The Richmond – one of my favourite event spaces to enjoy in a little preview of some of the services being offered by a few spas. I received an amazing aroma hand massage, a new procedure to a paraffin moisture treatment and my favourite; a mini OXYGEN FACIAL!

I sat down with Jeremy Creed, President of WaySpa.com and asked how Spa Week works and what the point of it really is. Following in America’s footsteps, Spa Week by Wayspa plans to play a major role in opening the Canadian spa world to the masses while diminishing its privileged and exclusive reputation, “We want to introduce different spas to avid spa goers and the other avenue is to introduce the concept of going to a spa to a consumer who doesn’t. We’ve reduced that price point so that objection has been removed. And reality is, spa going is part of the health and wellness lifestyle, taking care of your body and your skin is key.” Well said – the pretension that many feel that spas emulate are thrown out the window and the playing field becomes leveled for all.

Some of the spas that consumers will have the option of indulging in across the GTA including The Shizen Spas at the Cosmopolitan and Pantages Hotel, Novo Spa (where I’ve booked a facial!), and the Dove Spa to name a few.

The complete directory of participating spas is available at Wayspa.com, and given the high demand for services, book sooner rather than later!! 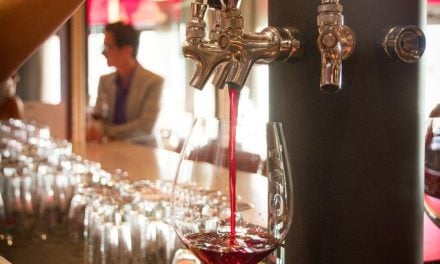