Interview | ONEXONE Foundation Joins the Live Below The Line Challenge

Poverty. A word that many equate to the slums of third world countries, the homeless scattered throughout urban & suburban settings to the families that are desperately trying to make sense of everyday life. Immigrating to Canada with my mother from Guatemala in ’91; I can shamelessly say we were poor. Not extreme poverty but we were fucking poor. We were on welfare for the most part of my childhood and (unbeknownst to me) mom STRUGGLED living paycheck to paycheck to have enough for us to eat (at not be hungry), put a roof over our heads and have me clothed. Cue my brother’s birth in June of ’92; I can’t even begin to imagine my mother’s stress levels. Poverty was alive and well in the 90s and sure as fuck alive and well now.

I’ll have to admit, I thought about various angles on how I wanted to write this piece. I had a variety of question to ask Adler, some simple background questions to some that I felt people needed to know about a few topics. But none came up more than the recounting of personal experiences and phone conversation I had with former Diesel Canada CEO & co-founder of ONEXONE, Joey Adler. Albeit short, my conversation with Adler, (whom was at the time in Venice, CA) was one that I didn’t expect to hit me with genuine honesty and a mutual understanding of the varying issues plaguing not only the world but specifically here in Canada.

ONEXONE has joined the plight against poverty with Live Below the Line: a global initiative challenging people from all walks of life to spend only $1.75 per day on food and drink from April 27th to May 1st, 2015. What is this all about? It’s about creating awareness, shedding light on the fact that there is a lack of choice and opportunity faced by 1.2 billion people living in extreme poverty worldwide. Adler’s organization, ONEXONE wants not only the world to know that statistic but that 13% of Canadians, about 4 million people, including 1.15 million children experience food insecurity, and a disproportionate amount of those who experience food insecurity (27%) identify as First Nations. “For us it’s all about food and security. Poverty, it’s always somewhere else. [Why?] because Canada hides it better because there’s the safety of things like hospitals” says Adler.

Adler, who’s participating in Live Below the Line’s challenge spending only $1.75 on food and drink I asked her how she’s prepping for this? What exactly will she be eating? “I started eating less, just a piece of toast with peanut butter and maybe later I’ll get tuna to eat with a loaf of bread.” Adler will be documenting her Live Below the Line journey through pictures and a personal diary with the ultimate goal of raising funds towards poverty.

I can’t put into words the soft-spoken sincerity of Adler’s response to things. Was she already mentally preparing herself or if it’s her drive to abolish this crippling issue? Worried, perhaps? Probably. But you can feel the anxiety through the phone; her lament & empathy for those that are struggling was palpable. I then recounted personal stories and experiences that I’ve had in Guatemala about the massive class divisions of the super-rich and extremely poor. I get it, I’ve seen it, I had break downs in public because I couldn’t actually process the reality we’re all ACTUALLY CLUELESS to. Malnutrition? That’s just the tip of the iceberg; something of which Adler says that obesity is a form of malnutrition. “It’s cheaper to go to fast-food chains for these disenfranchised groups of people because good food, healthy food is too expensive.” We often don’t agree on that here at home but it’s a valid point – fresh fruits and vegetables (don’t get me started on proteins) have already racked over your budget for a pound of anything. It’s $1.99 for just one pound of apples versus $1.29 value meal elsewhere? I mean, you figure it out.

What can you, myself, all of us do? Besides educating ourselves and experiencing these situations – participate in the Live Below the Line challenge and by donating & sharing in ONEXONE’s effort to raise funds for Canadian and International communities in need.

Photos: ONEXONE & Live Below The Line 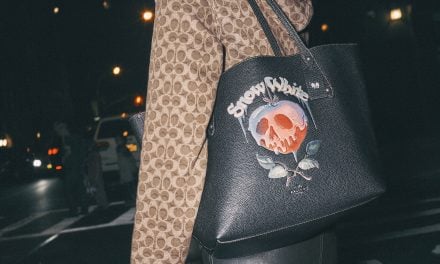