Now, if anyone is from Toronto and is familiar with the Wallace-Emerson neighbourhood around that Dufferin & Dupont and feel that the setting here is the Galleria Mall you’re not alone. I legitimately thought this was the Galleria in which I worked in for about 5 years. Yes, I worked in the Galleria “Mall” for that many years and I can’t be alone on this – that dated plaza might as well been the setting for Gucci‘s latest campaign because it has not been updated since the 70s.

But no, Gucci hasn’t given us the nod; seeing that this season’s inspiration is directly out of 80s Germany – the campaign was shot in Berlin by Glen Luchford. 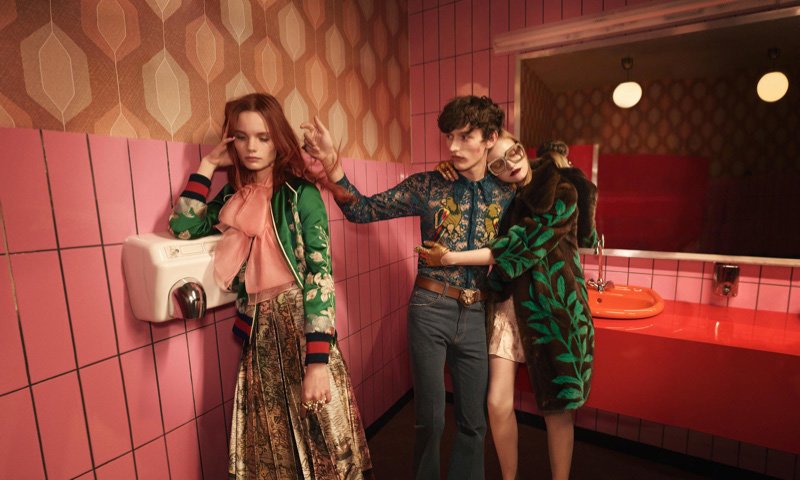