For spring ’16, designer Todd Lynn teams up with Christian Louboutin to create the footwear for the S/S 2016 collection. Both the men’s and women’s collection were influenced by a nomadic dessert feel with Lynn opting for a neutral colour palette. Total left field, when the designer normally gravitates to black.

Todd Lynn’s misanthropic world marched in the custom made Louboutin boots set to a rousing soundtrack from Glasgow three-piece, Baby Strange. Louboutin created the unisex boots to compliment the androgynous collections with both male and female models donning a single unisex style, unnamed.

“I’m obsessed with the shoes,” said Todd of the unisex, multi-media biker boots. “They have a real continuity with the patchwork details of the collection.”

After seeing the collection and (with no surprise) salivating at these images sent from the CL team these are a MAJOR LUST HAVE. 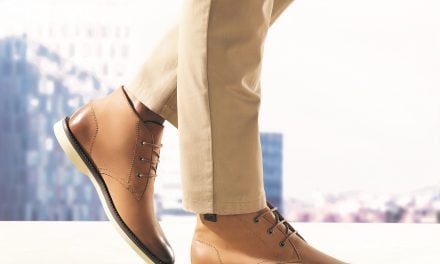