Over the years I’ve featured countless fragrances, shown you campaigns and given you the heads up on scents months before their launch. But none have captured me, personally as the MUGLER Les Exceptions collection. I highlighted the collection when it launched two years ago with the first five fragrances (seen above) comprising of Chyprissime, Supra Floral, Fougere Furieuse, Oriental Express & personal favourite, Over The Musk.

Since then, MUGLER have added a sixth scent to the house’s luxury line of fragrances titled, Cuir Impertinent. A classic theme of perfumery – recalling Russian leathers and Siberian cavalcades – the leather note is now reproduced using beech wood. Cuir Impertinent is the result of an olfactory collision, the shock of contrasts between the darkness of tanned leather and an unexpected explosion of colour from star anise. This soaring green note acts like an aromatic flash, adding modern addiction.

Drawing upon the past and seeking inspiration from the great classic icons in order to “re-master” them and tell an even more beautiful and evocative story, to recount what is yet to be: Thierry MUGLER transposes this visionary and creative approach directly to perfumes. Floral, chypre, musk, oriental and “fougère” style… MUGLER’s EXCEPTIONS reinterpret the great families of traditional fine perfumery and project them into the future with intertwined notes, innovative compositions and surprising ingredients that rewrite codes and kindle intense emotions. Exploring new avenues, mixing genders and boldly venturing into unlikely, daring and addictive encounters… The evocative names of these fragrances pair olfactory association with the superlative, to convey both the desired feeling and the singular emotion aroused. These universal creations are attired in a unique, pure and luxuriously simple bottle. With its subtle, faceted design, decorated with a metal stirrup clip, the Art Deco-inspired bottle showcases the distinctive architectural elegance that is House of MUGLER.

Fragrance is an olfactory experience so why shouldn’t the entirety of buying and selecting one be part of it? The MUGLER Les Exceptions experience is that of luxury, including the atmosphere in which you source it. This premium line is showcased within the brand world at the heart of the MUGLER architectural concept (in Toronto: the Hudson’s Bay Queen St.). The typically Muglerian setting celebrates the value of “knowing how to welcome customers” in order to leave them with the memory of an unforgettable experience. At the consultation table, the MUGLER ambassador guides, give personalized advice and take the time to introduce the story behind each Exception, to the point of revealing a few of the secrets of composition, with the help of perfume concretes. The fragrance is vaporized on a paper cone which “harvests” the vapors before being placed on a beautifully designed base to form a bouquet of scented cones. And, finally, the last step: the ritual of filling the precious “empty” bottle, held between the gloved hands of the MUGLER ambassador. At the Source Bar, this object undergoes a metamorphosis and takes on the color of the chosen fragrance. It is then named with an elegant ribbon, placed in its black jewel case and sealed with a silver-colored metal stirrup clip. Endlessly refillable, the MUGLER Exception bottle is a treasured keepsake.

I have not one, but two MUGLER Les Exception fragrances for one lucky person; Over The Musk (80ml) & the latest addition to the luxury line, Cuir Impertinent (80ml). An estimated $420 CDN value (GASP!) Comment below with your fondest holiday tradition!

N.B: One (1) comment per entrant  and one (1) Retweet per Twitter account. Tweet must comply with above format to be entered to win. Contest odds depends on how many valid entries are received. Contest closes Wednesday, December 9, 2015 at 7:00PM EST. Winner will be chosen at random and announced via @FASHIONIGHTS’ Twitter account and/or blog post. Contest winner will be contacted via Twitter or Comment entry information and subsequently emailed for personal details to have prize sent to them. Prize redeemed must be in the form of an MUGLER Les Exception Over the Musk 80ML bottle & Cuir Impertinent 80ML bottle. Prize cannot be redeemed for cash value. Contest open to Canadian & U.S. residents only. 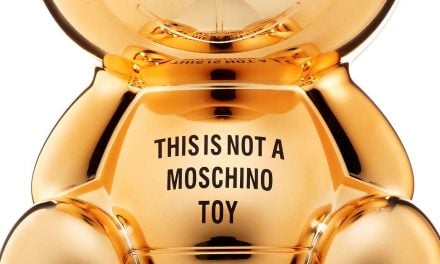