#FSNTravels | The Hills of Headwaters – Where Ontario Gets Real

I’m a city kid, I may not have been born in Toronto but living here since the age of three I’ve grown accustomed to concrete surroundings, congested commutes and the smog that blankets the city on a daily basis. I don’t like getting dirty, (the idea of dirt underneath my nails sends chills down my spine) I’ve acclimatized to the lake-effect temperatures and I have terrible (I MEAN TERRIBLE) seasonal allergies to just about everything that grows through the photosynthetic process – so to say that I’m anything like a country bumpkin is like saying the sun is brown.

Enter The Hills of Headwaters. Less than an hour (we drove – it took us 50 mins from Liberty Village!) north of Toronto sits Headwaters: the communities of Erin, Caledon, Dufferin County, Mono and Shelburne a 2,534-square-kilometre region that honestly, stole my heart. With large areas of unspoiled nature, sprawling farms, a HUGE artistic community, countless food options (like the Pan Am Taste Trail) and incredibly welcoming locals, you can’t not fall in love with the area.

I know a lot of you flock to your cottages or rent a cabin, and if that’s your thing, fine. But fuck that noise, because if I wanted to sit in traffic on the 400 or 404 I can sit and do that here in the city. The Hills of Headwaters feels like you’ve traveled 5 hours out – there’s things to do, see, eat and experience – and that’s exactly what Daniel and I had the chance to do.

Daniel and I had anticipated a painful commute out of the city in our Lincoln 2015 MKZ so we left half a hour earlier. There was minimal traffic that morning so we were about 45  minutes early for our scheduled meet time with the Headwaters team.

Fast forward all the formalities and meetings we’re off to our first stop; the Caledon Equestrian Park; HQ for all the equestrian competitions during the Toronto 2015 Pan Am games! We also had a glimpse of the Headwaters Parade of Horses – a 25+ piece of life-sized horse sculptures that are transformed through the creativity of talented artists. Below are snaps of unfinished pieces.

Side bar: I’ve always wanted to go horse back riding because I LOVE horses, but I’m also a KINDA scared of them so…I don’t know. City Boy. 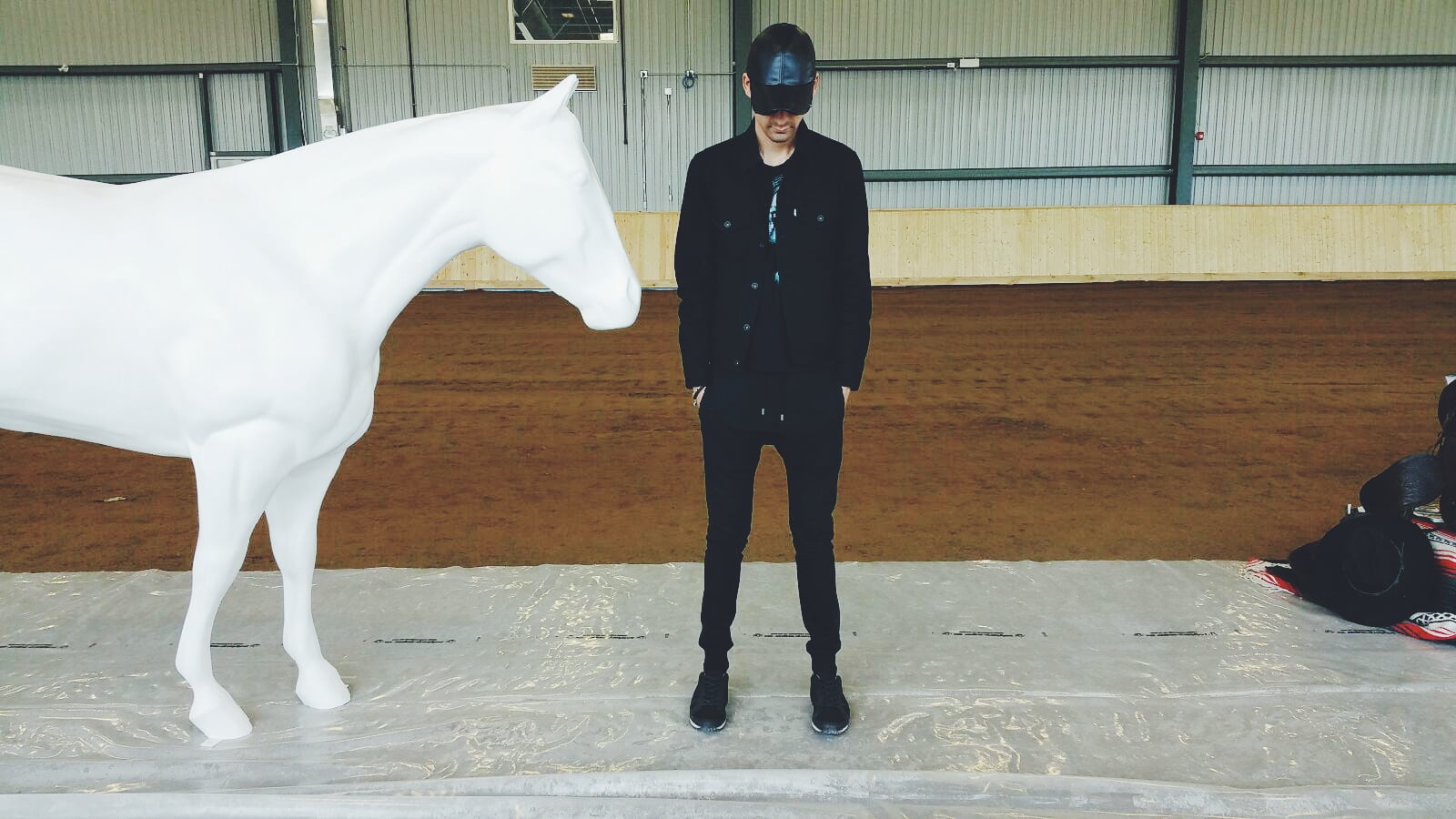 The large group was split into smaller groups with each experiencing different attractions and activities throughout the region. I was later dropped off in Glen Haffy Conservation Area one of TRCA Parks‘ conservation areas that is home to a fish hatchery (see pic below) that raises rainbow trout, which are released into the fishing ponds at Glen Haffy and the lake at Heart Lake Conservation Areas. Its successful fishing ponds are a cause of this productive sustainability of trout.

We had a chance to fly fish, but that didn’t go over well because I kept tangling up my line. City Boy.

Picked up and shipped to my next destination; Williams Mill Visual Arts Centre. Now, something up my alley that doesn’t involve too much nature but rather the creative arts AND a glorious history behind it. The Williams Mill property consists of the Yellow Mill, a three-storey timber and clapboard mill building that was constructed circa 1835, and the Georgetown Electric Light Company Power Plant, a two-and-a-half storey stone structure constructed circa 1898. Today, the Williams Mill is a cultural hub for renowned professional artists that not only have their own studio spaces but an outlet to teach, sell and display their work.

Below are snaps of a polymer that artist & jewellery designer, Carol-Ann Michaelson painstakingly creates by fusing sheets and bits of metals; anything from copper & silver to gold & platinum – it’s based on an 17th century Japanese metalworking procedure called Mokume-gane. Long story short, I can add jewellery designer to my résumé. 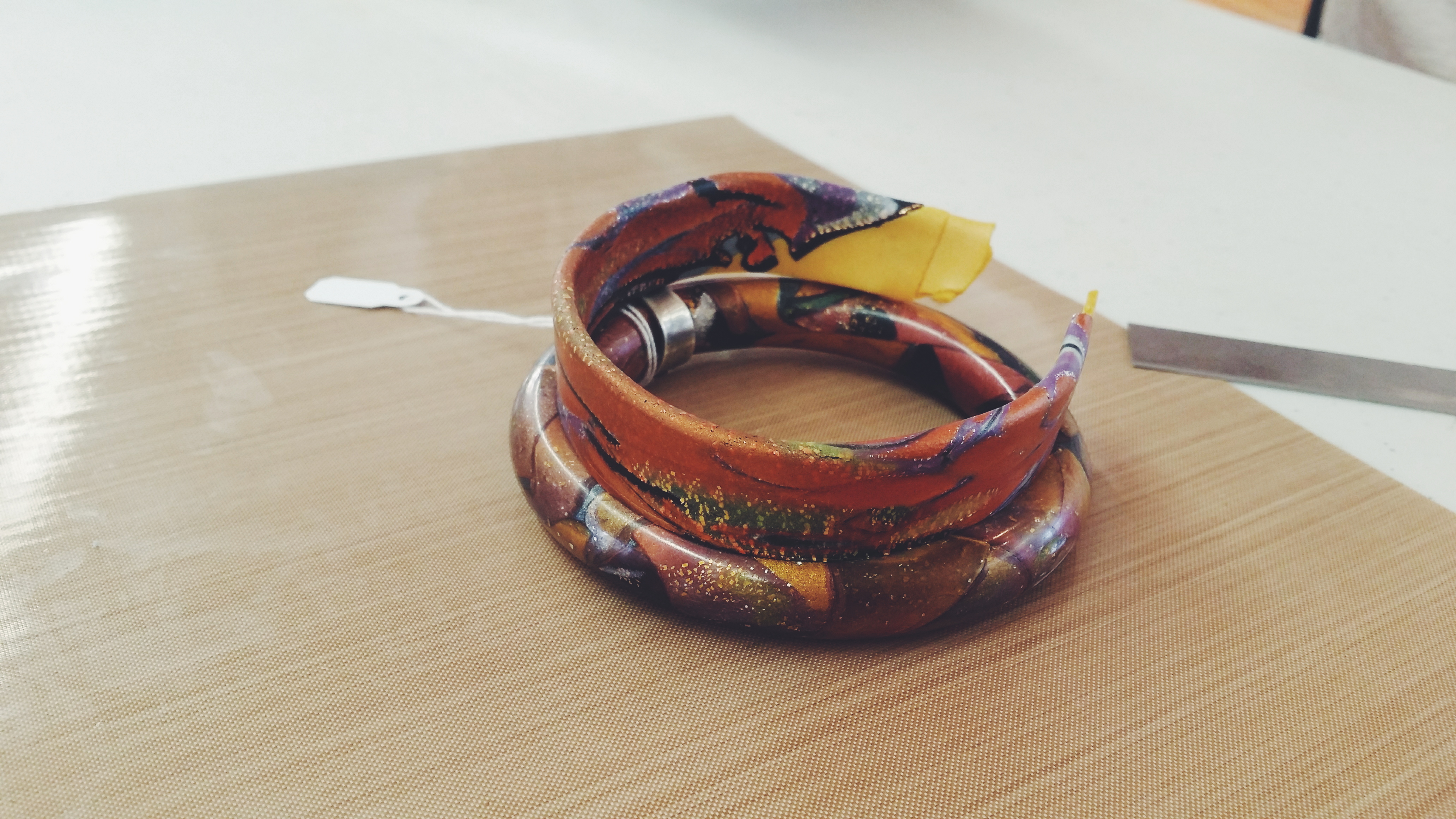 Day 2 of our Headwaters tour was shorter, but just as busy with a drop-off at Alton Mill Arts Centre. Probably one of my favourite activities of of the trip, this spectacularly restored 19th century mill has undergone numerous production purposes from knitting factory to rubber factory, making balloons for Disney & condoms for Canadian servicemen during WWII. Today the mill is home to work studios for artists of various mediums, gallery showrooms and a productive art distribution space with a focus on sustainability and care for the environment.

Here, I had the chance to work with beeswax (Encaustic Art) at The Hive. It’s essentially beeswax with oil paint but this medium’s look is achieved through layering, collage, photo transfer all while using heated tools to create different textures and effects. Again, long story short, I can add encaustic artist to my résumé too.

Our last stop of our Headwaters tour and where everyone regrouped was the Landman Gardens and Bakery. This family-run farm/bakery/restaurant/business has quite the production from milking 300 dairy goats (see below), raising pigs, beef calves, chickens, turkeys & sheep, grow 2 acres of organically grown produce, a vegetable CSA program and (my favourite) a psuedo-restaurant in the form of a blackhouse. What’s a black house? It’s a traditional type of house which used to be common in the Scottish Highlands, the Hebrides, and Ireland hundreds of years ago and was made by hand, no cement, no mortar. Stones that are strategically placed. Physics, people, physics.

The Blackhouse plays host to dinners on the farm with them running from April – October bi-monthly. The majority of the ingredients used in cooking the dinners are raised/grown on the farm with other ingredients sourced locally. BUT, the Landman’s also take private bookings for brunches, lunches or dinners of parties between 10-16 people. Seats are $55/person (plus HST) Dinner includes five delicious courses, coffee, tea, cider, and a brief tour of the farm. 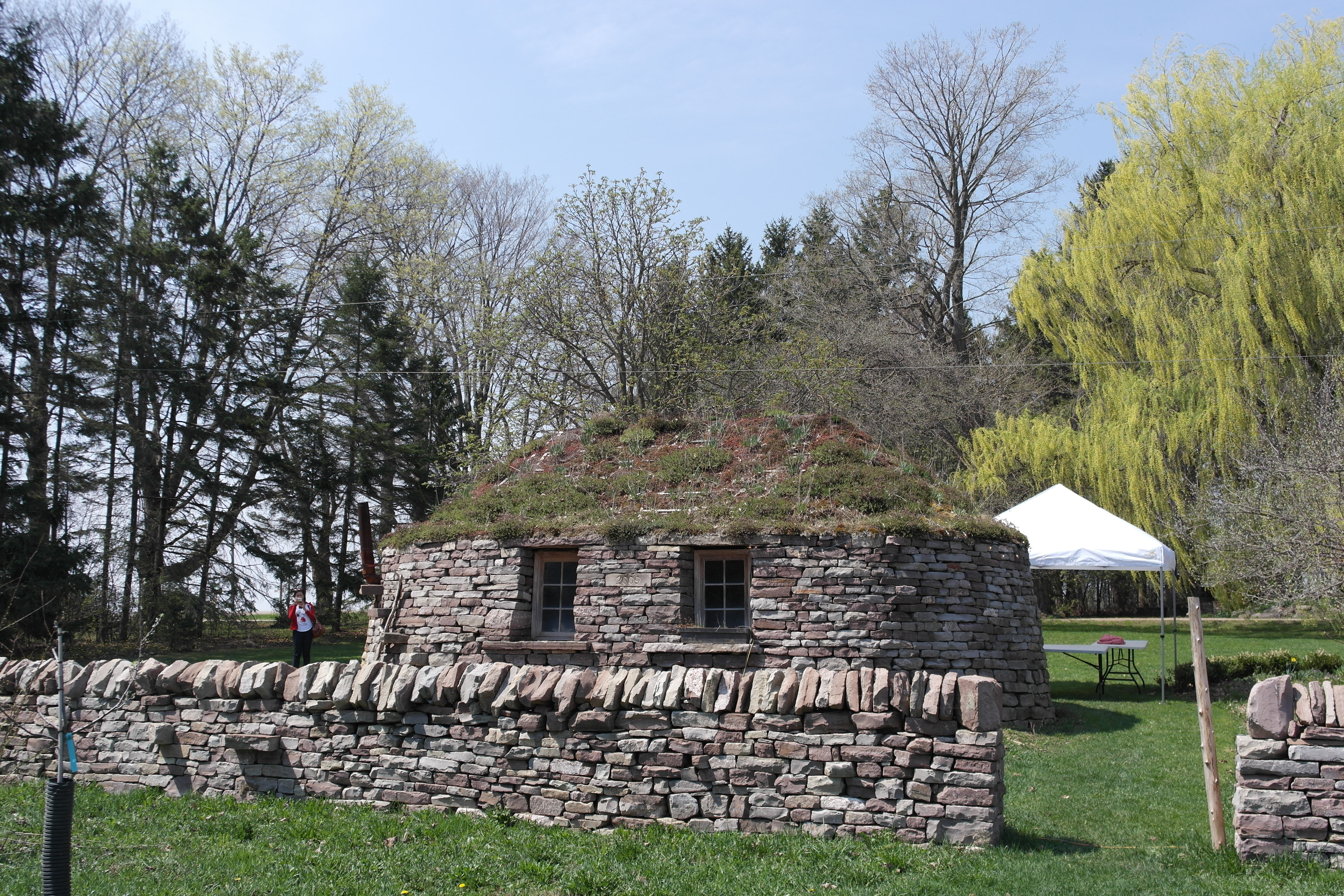 It was a whirlwind of a trip, packed into some amazing couple of days and I didn’t even include HALF of the things we experienced within the Headwaters region. Daniel will be sharing some of his own activities on DotheDaniel.com so make sure to check that out! We’ve already discussed getting back up there for a weekend to enjoy other things with friends.

Follow along with The Hills of Headwaters team because things are only going to get busier up there with the Pan Am games. 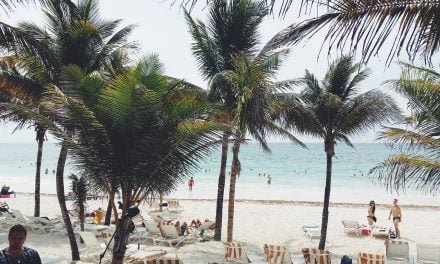