Yes, I know there’s not much fashion to this editorial, but honestly, it’s been a while since I’ve featured some major eye candy! I’m going to get back to more model and photography features, so don’t fret!

The perfectly built and freckled body of Diego Barrueco is photographed by Jesus Pablo for the fifth issue of Coitus Magazine. The bad boy themed shoot plays well with the magazine’s ‘American Boy’ issue – but that’s just me, what do you think? 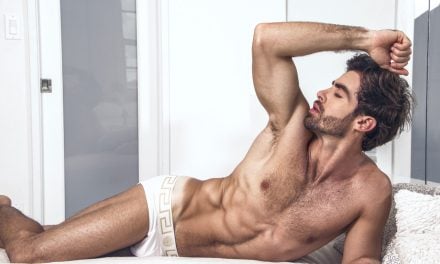