One of my favourite fragrance brands (I have an abnormal OBSESSION with their Cubo Nero candle), Acqua Di Parma launch their latest addition to their roster of fragrances.  But before we get into that here’s a little backgrounder on the storied Italian icon:

In 1916, master perfumers created a new fragrance in a small perfumer’s laboratory in the old town centre of Parma. It was unusually fresh and modern compared to the perfumes of German origin, stronger and more intense, that were then so popular. This was the first real Italian eau de cologne, and it expressed a new sensibility. The most striking thing was the purity of the fragrance produced exclusively with natural ingredients. To this day, its composition has never been changed.

Over the years, the popularity of Acqua di Parma continued to grow. The iconic Art Deco bottle known and loved today was created in the 1930s and instantly saw Colonia become the perfume of the era. For Acqua di Parma international success came in the 1950s, when Hollywood film stars traveled to Italy and discovered Colonia in highly exclusive tailor shops, where it’s unmistakable Italian style and elegance was heightened. By the 1960s, Acqua di Parma had become an exclusive, high society perfume house.

In 1993 Luca Cordero di Montezemolo, Diego Della Valle and Paolo Borgomanero, worldwide known among most successful Italian entrepeneurs, invested in Acqua di Parma out of their desire to safeguard an ancient Italian tradition. Growth was rapid: the opening of the first Acqua di Parma boutique in 1998, in via Gesù, Milan, alongside better known names of high fashion and prêt-à-porter, was followed by numerous counters in the most exclusive stores around the world.

Meanwhile, the success of Colonia led to the launch of a wide range of Acqua di Parma products, all true to the characteristics that had made it a byword for Italian sophistication over the years. New interpretations of Colonia were launched, new product lines were created; such as a feminine fragrance, Profumo, Blu Mediterraneo fragrances, and a refined home and leather collection. This evolution gradually widened Acqua di Parma’s horizons, enabling it to grow into a successful lifestyle brand.

An important new chapter in the history of Acqua di Parma arrived in 2001, when LVMH bought into Acqua di Parma. This enhanced the brand’s international appeal and led to a translation of its values into new lines and products expressing an original concept of contemporary luxury. A new feminine collection was introduced (Le Nobili) and the world of Blu Mediterraneo increased its range with a specific skincare line, the Blu Mediterraneo Italian Resort. In 2008, Acqua di Parma diversified further, into the world of luxury health spas.

All the lines continue to be produced strictly in Italy and are distributed in 36 countries worldwide.

Colonia Pura can claim a proud tradition of refinement and style. Just like the original Colonia of Acqua di Parma, the new Colonia Pura captures the joy, cultivation and warmth of the Italian way of life. It is an exclusive, masculine scent made for men, with contemporary sophistication and elegance. Created with a youthful energy and a lighter approach to freshness, Colonia Pura is the perfect fragrance for a new generation to discover and make their own.

Colonia Pura radiates a sensual masculinity, combined with a fresh energy and modern lightness. Crisp and
sunny bergamot, combined with juicy orange notes and delicate petit grain accents, brings new light and air
into the classical citrus structure of Colonia. Next comes a seducing and alluring vital energy at the heart.
The floral lusciousness of narcissus and jasmine absolutes blends with the spicy notes of coriander in an
unexpected balance. The warm and sophisticated accents of patchouli and cedar wood encounter at the base
the delicate, yet persistent white musk notes. The result is a luminous dynamism that celebrates life, inspires
and opens up new vistas of expression. 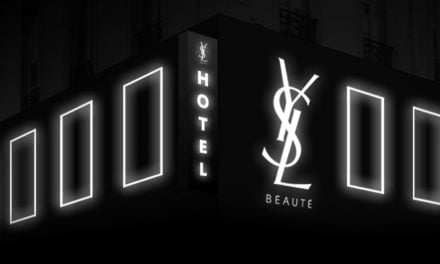