Marking my 7th White Cashmere Collection to date; it’s safe to say it’s one of my favourite ones ! And although every show has not only blown me away and furthered my pride in Canadian talent, this year it emphasized the young and emerging talent of design students throughout the country.

For the 14th annual White Cashmere Collection, it celebrated it with a National Fashion Student Design Competition. The acclaimed showcase enrolled eleven TOP Canadian fashion design schools and more than 150 students from across the country to participate in a semester-long challenge and help support a future without breast cancer.

Sixteen student finalists from across Canada were chosen to debut their one-of-a-kind, couture, fashioned from soft sheets of Cashmere Bathroom Tissue, at this year’s show held at the Royal Ontario Museum. A prestigious panel of judges selected three winners to receive Cashmere fashion bursaries to further their education.

Standing out from the crowd was Kwantlen Polytechnic University’s Chelsea Cox who was named the winner of the 2017 Student Design Competition and a $4,000 bursary. 9,689 “tubular beads” were hand-rolled strips of Cashmere bathroom tissue sealed with clear tape; yielding a shimmering herringbone effect of Cox’s update on the iconic Hudson’s Bay coat. Ryerson University’s Adrian Arnieri took home the second place $2,000 with the third place $1,000 prize (and my personal favourite) going to Seneca College’s Charlotte Li showcasing her garment inspired by the 63-year-old widow, Annie Edson Taylor, who successfully barrelled over Niagara Falls in 1901. 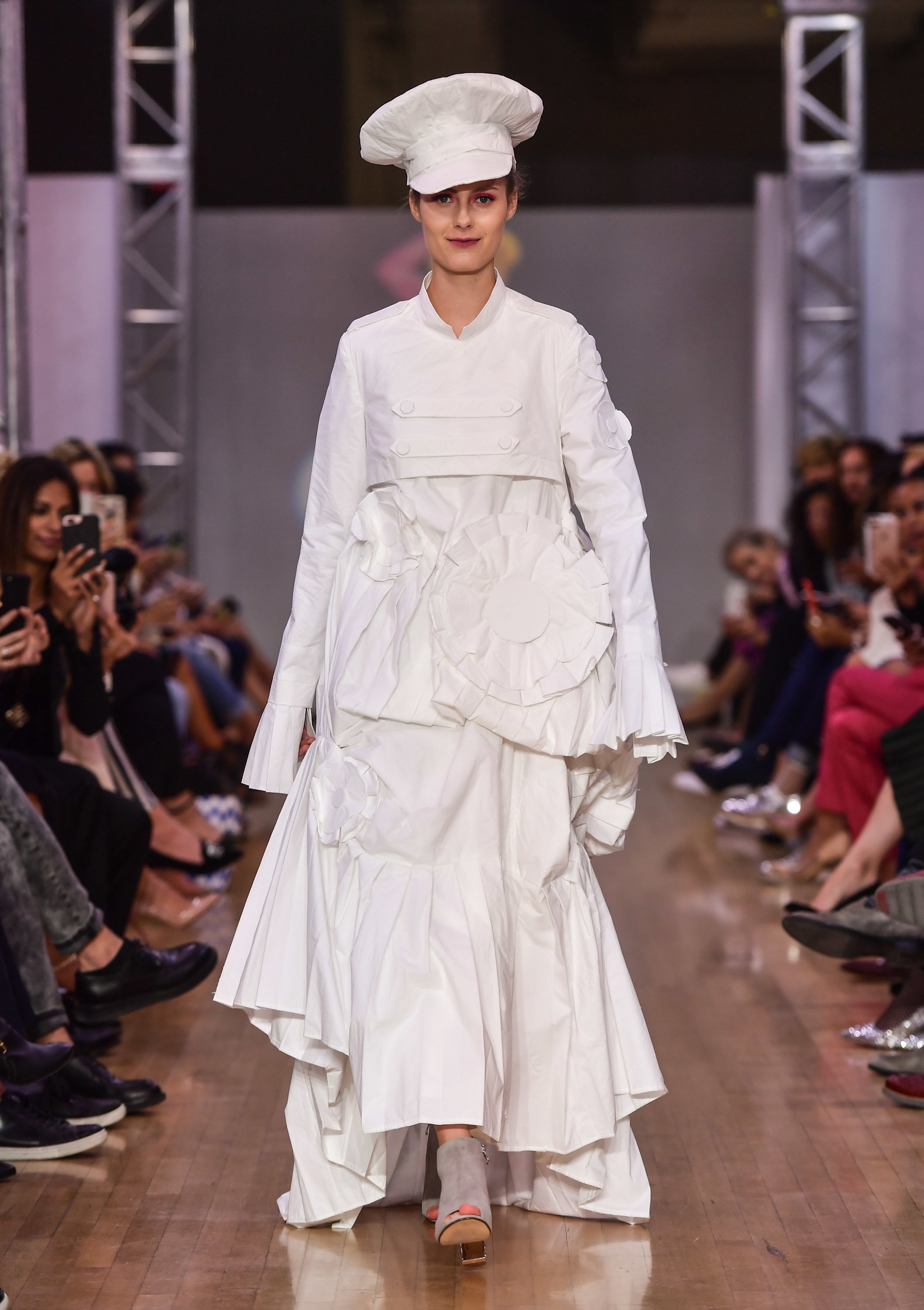