You know when someone is overcompensating for something that they shove this image of themselves that seems so forced? Like that hyper-masculine man glorifying his female conquests and has a irrational fear of homosexuals because really there’s some interest there? That’s what I’m getting from this campaign. This, almost brash cultural depiction of Italian life but we’ll throw in a couple of diverse models to appear culturally sensitive? Am I the only one on this boat? The models are literally put front and centre so that they’re more of a standout? Am I alone, anyone else getting that? Really?!

Or maybe Stefano Gabbana and Dominico Dolce should actually get together an Art Director and photographer to shoot campaigns moving forward.

From the video (below) I’m getting that they’re poking fun on our socially acceptable, self-obsessed reality we’re living. Whatever the case, I’m on the fence with this campaign from the Italian house. 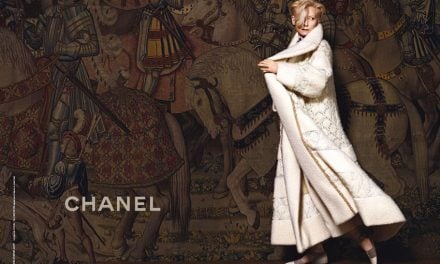